So, Why Hasn't Dustin Penner Been Signed (By Anyone) Yet?

We're on Day 6 of free agency, and Dustin Penner remains an unrestricted free agent. Here's why.

Share All sharing options for: So, Why Hasn't Dustin Penner Been Signed (By Anyone) Yet?

Last season, the Los Angeles Kings pulled off a pretty neat trick, as they returned essentially the entire roster of their Stanley Cup-winning squad. It was never going to happen this season, with a number of players due for a raise, and Rob Scuderi and Brad Richardson both left the team on the first day of free agency. After picking up Jeff Schultz, the Kings have 19 players signed, with five RFAs having received qualifying offers (Trevor Lewis, Kyle Clifford, Jordan Nolan, Jake Muzzin, and Alec Martinez).

This, of course, brings us to the only remaining unrestricted free agent from the 2012-13 Kings: Dustin Penner.

Penner is far from the only high-profile free agent forward on the market...

... so maybe it's not a huge surprise that Penner hasn't found a home yet. But the overall lack of buzz around Penner is surprising. The one bit of news: an Edmonton Journal article that fueled rumors even while clarifying that said rumors were "smoke, no fire." Other than that, we've only heard fake insider shots in the dark regarding Penner.

Let's take a look at three possible reasons why Penner hasn't found a home, and why we haven't heard anything regarding Penner.

Penner's Value is Unclear to GMs

Dustin Penner got what's known as a "show-me" contract last year, a one-year deal which cut his salary from an offer-sheet granted $4.25 million down to $3.25 million. As a point of comparison, let's see which forwards are making $3.25 million next season side-by-side with Penner.

At that contract, the Kings aren't expecting Penner to score at a 30-goal pace as Berglund did this year, but you would hope for 15-20 goals and 40-50 points. Penner didn't do that, but he's capable. His value lies in whether any NHL team agrees that he's capable. As a GM, what are you paying for? Are you paying for the 2012 playoffs? The 2013 regular season? The 2013 playoffs? Penner will probably receive a pay cut; the question is how large it will be.

Robert pointed out yesterday that he was rather unlucky this season,and his shooting percentage has been low since the trade. I'd expect a bounce back next season. However, given that he has struggled to score since the day he got to Los Angeles, I'm not sure how GMs are evaluating his worth. But it doesn't look like the Kings are going to wait around for that production to increase. Which brings us to reason number two...

The Kings Don't Have Room For Him (Yet)

It's been broken down by John Hoven pretty well already, so I won't waste too much time analyzing it. But the basic picture is this: the Kings have nineteen players signed, and five unrestricted free agents to deal with. That puts the Kings one player above a 23-man roster already, with 13 forwards who had significant NHL time last season; that's not including players such as Tanner Pearson and Linden Vey who will fight for depth spots. Without a trade, Penner's not getting a spot here; so, there's not much urgency from other teams trying to sign Penner before he re-ups with Los Angeles. That's a nice transition into the third point...

Similar Forwards Are Available (and Waiting)

Take a look again at the forwards who haven't been signed. We can safely expect most of them to be in the $2-4 million range once signed. But look at the distribution of forwards who have been signed thus far; this is showing the count of free agents who signed for a cap hit of less that $1 million, $1 million-$1.99 million, $2 million-$2.9 million, and so on. (The list of signings is available at TSN). 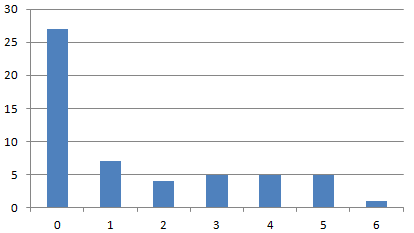 For the sake of comparison, here are the cap hits of the Los Angeles Kings, via CapGeek. 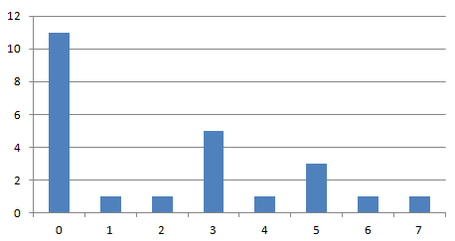 It's not apples-to-apples, but fewer of those mid-range salaried players have been signed than we'd expect. The high-end players were snapped up on Day 1, and a ton of minimum or close-to-minimum players found homes. But Penner is waiting, along with a number guys who will make around the same amount of money. We might see them start going more quickly once the first few forwards in that group are signed and the pickings get slim. But for now, GMs seem to be evaluating whether those investments will be worth it. Prudent!

Of course, we don't know what kind of offers Penner has received so far. He might have some proposals on the table, and he might just be taking his time. Personally, I'd like to see Penner back in Los Angeles, as there's a good chance he'll exceed expectations once his next contract is signed. Unfortunately, that's looking unlikely, so we'll keep an eye on his situation to see where he ends up.