After a legit stretch of actual bad hockey, the Kings lost to the Ducks in a very Kings way.

Share All sharing options for: Kings @ Ducks: Grades and Anaylsis

During a previous losing streak, Robert pointed out that the Kings weren't actually playing bad but were coming up "unlucky." Generally, the Kings were playing well in spite of their losses. That has not been the case during this current four-game losing streak. The Kings have been playing generally average (or worse) hockey. The best way to illustrate this point is to look at their season in game-by-game form. Extra Skater provides us with a handy graph to make things clear. 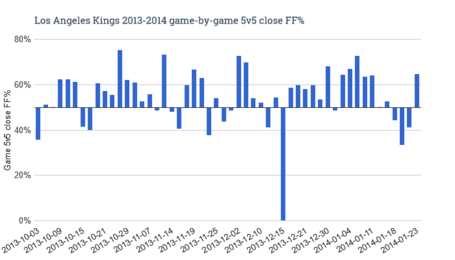 You can see pretty clearly that the Kings haven't really played much bad hockey this year. While there's no doubt that different problems have crept into their game at various times, they generally were still controlling play. That ceased in that bizarre "game" against Vancouver. Los Angeles then turned in its longest stretch of legitimately poor play this season.

With that said, the game against Anaheim was not like the others. It was like many of the losses they've suffered this season. They got back to controlling play and not scoring, which is a welcome sight to my eyes. It's poorly timed at the end of a couple of stretches of bad results, but I think it's a sign of good things to come. 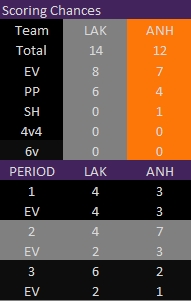 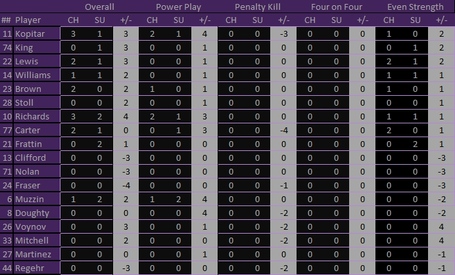 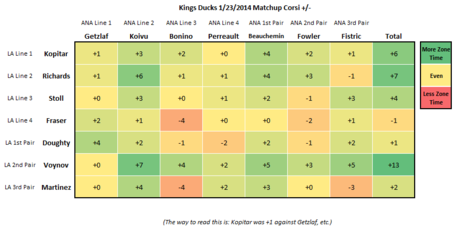