Where they will win glorious gold, naturally 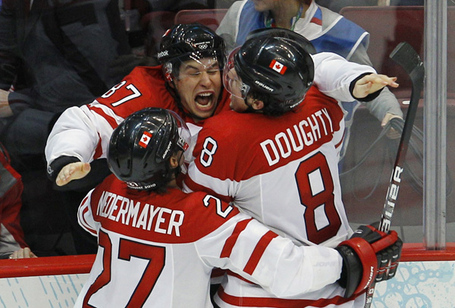 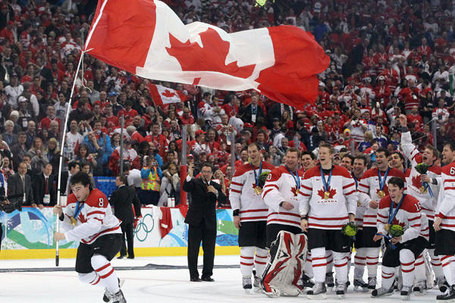 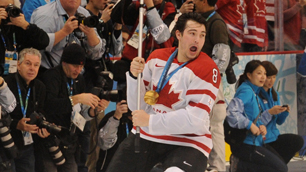 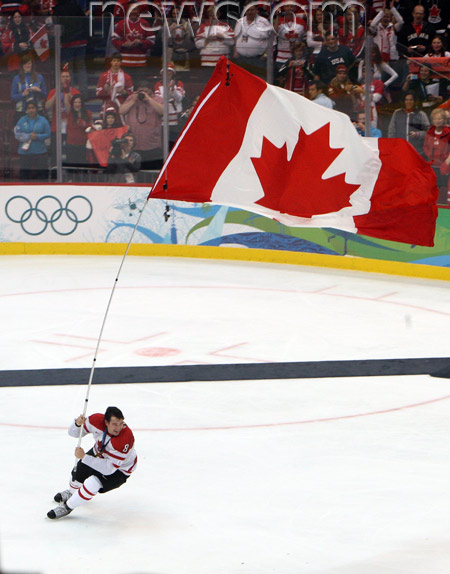 (Yeah, that was awesome.)

Barely 20 years old when he donned the maple leaf jersey in the 2010 Olympics, and largely unknown to most hockey fans, Drew Doughty stole the show in Vancouver. He started off as Canada's seventh defenceman, and ended the tournament playing huge, important minutes alongside Duncan Keith, in a performance widely hailed as one of the world's best. It was Doughty's coming out party, amazing and thrilling to watch both as a Kings fan and as a proud Canadian.

In the almost four years since, he's solidified his position as one of the league's best defencemen, and although he's continuously said all the right things about working hard and taking nothing for granted, it was absolutely a foregone conclusion that he would help to anchor Canada's blueline in Sochi. I won't get into the relative merits of Team Canada's defensive corps versus the competition (I'll save that for our pre-Olympics trashtalking posts *cough*brooksorpikcamfowler*cough*), but I think it's safe to say that Doughty is expected to be one of the tournament's leading defencemen, and I'm confident that he will, as usual, rise to the challenge.

Joining Doughty at these Games will be the Kings' leading goal-scorer, Jeff Carter, in the most exciting news to hit their mutual hometown of London, Ontario since...ever, probably. Carter was the last player cut from Team Canada in 2010, and almost ended up suiting up when Ryan Getzlaf sprained his ankle in February. This time around, he's on the team for realsies, something he said he's been working towards the past four years.

Flyers fans are mad about it, because a)Claude Giroux and b)of course they are:

And the fact that Jeff Carter made it just grinds my gears. Go shot high and wide at your medal hopes please.

Having followed the media-leaked evolution of Team Canada, as is my duty as a Canadian citizen, I was very surprised to see so little discussion of Carter prior to this past week (Team Canada loves its guys, and for all his alleged personality shortcomings, Carter has always been a good Canadian soldier), and a little surprised to see his name on the final roster over ginger wunderkind Giroux and feel-good story Martin St. Louis. Disregarding my obvious bias, I think it was an unexpectedly smart choice by Steve Yzerman and his gang of Chris Kunitz-loving paste-eaters. The team is so stacked at centre that Carter will always be playing wing, where his only job will be to score goals, which just happens to be the thing he's best at. Again, I am correct in my analysis confident that Carter will be up to the task at hand.

Rosen has some great quotes from Drew Doughty about the Olympics at LAKI. Of course Drew Doughty slept through the first call. And it's interesting to see him come out and admit that NHL teammates are forced to cough up secrets about their teammates' weaknesses.

Please feel free to discuss the superiority and greatness of Team Canada, or the tragic horribleness of non-Team Canada teams, in the comments. Haters to the left.