2014 Sochi Olympics: We Have Chosen Our Side

For the next couple weeks, Jewels from the Crown will be covering a new team. Just call us SBN Slovenia.

Share All sharing options for: 2014 Sochi Olympics: We Have Chosen Our Side

The Los Angeles Kings are off for a while, but you may have heard about this hockey tournament going on in Russia. The Olympics are under way, and later this week, six members of the Kings will take the ice in Sochi. This has created some conflict among our writers, as we have Americans, Canadians, and Canadian-Americans who are suddenly on opposite sides. The home team (Russia) also has a King in its ranks, which makes things even more complicated as we decide who to root for.

Thankfully, we can all agree on one thing. We love Anze Kopitar, and we love Slovenia. 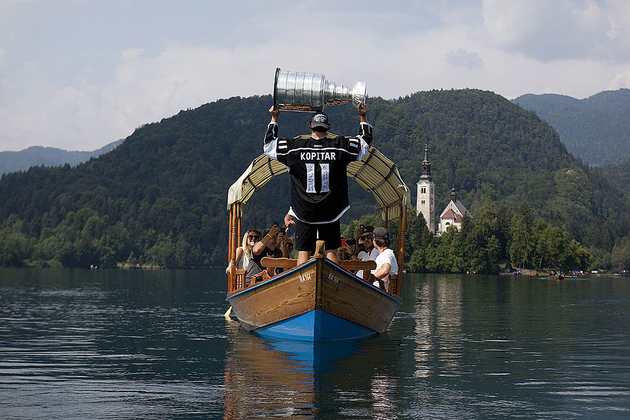 They're the Olympics' best underdog story. They're the new kids on the block. They're led by our best player... and his father! And as Kings fans, you have no reason not to root for them.

So, during the Olympics, we'll be dedicating Jewels from the Crown to the Slovenian Olympic team. Over the next three days, we'll tell you more about how they got here and why you should support them. In lieu of our usual previews and recaps, we'll be providing previews and recaps for Slovenia's three games on Thursday, Saturday, and Sunday (all of which are obscenely early in the morning), and hopefully beyond. By then, you'll all have a new appreciation for the humble nation which gave us Anze Kopitar. And if they pull an upset or two, you'll see the kind of celebration we haven't seen around these parts since... well, 2012.

(Don't worry... we will also be keeping you updated on Jeff Carter, Drew Doughty, Slava Voynov, Dustin Brown, and Jonathan Quick throughout the Olympics.)

If you are reading our blog from Slovenia, we'd love to hear from you. Leave a comment below, and tell us more about your country and your team! Oh, and one more thing: the King has arrived.