Jeff Carter quiets the doubters, while Jonathan Quick will look to do the same tomorrow.

It's early and the games don't matter quite as much as they will next week, but things have gone pretty well for the six members of the Los Angeles Kings in Sochi right now. Let's review, with the help of the Internet!

In lieu of our usual hot links, here are some kotlety, a Russian meat patty which is popular in Eastern Europe. Don't say you never learn anything reading this blog! 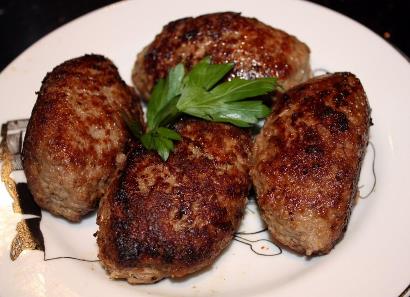