Plus, Pearson, Vey, and Toffoli return to Los Angeles, and the Canadian women triumph in part one of the North American rivalry.

A little bit of Kings news and a lot of Olympics hype to share today. Today's links are presented by the Nathan's Hot Dog Eating Contest. Taking place on July 4 every year, it is perhaps the most American event in existence. Go USA. 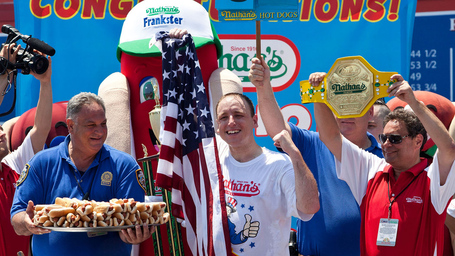 Finally, thanks to Slovenian reader Mojca Crnigoj, who sent us a link to photos and video of Team Slovenia's homecoming. Translated from the accompanying piece, the returning athletes included "silver and bronze ski jumper Peter Prevc, Bronze Teja Gregorin and Vesna Fabjan and phenomenal Slovenian hockey players." I can get on board with that. 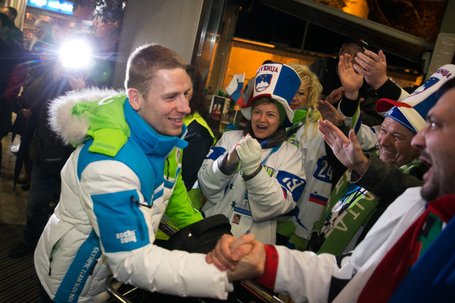