What does the Kings roster look like coming back from the break?

The Olympic break is over and the Kings have 23 games left to play in the regular season. LA returns from the break having made a few adjustments to the roster. Colin Fraser was waived and sent down to Manchester, while Linden Vey and Tanner Pearson were called up.

Additionally, Martin Jones was officially brought back up today after being sent to Manchester to get some work in during the break.

The team held practice today still without the services of Jonathan Quick, Dustin Brown, Drew Doughty and Jeff Carter. They are expected to join the club in Denver tomorrow as LA will take on the Avalanche Wednesday evening.

Here is what the Kings roster and cap situation looks like at the moment: 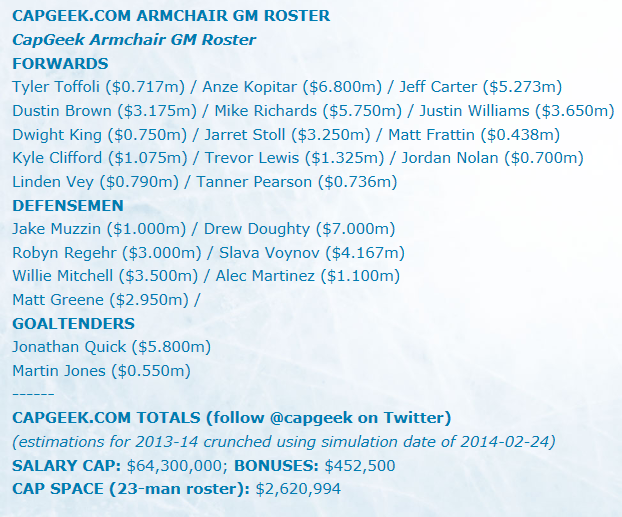