What happened the last time the Kings played the Caps?

RMNB had this to say in their recap:

This wasn’t supposed to happen. The Kings are the caboose of the NHL when it comes to goals per game. They weren’t supposed to score at all, but the Caps are just plain discombobulated on the road. Anze Kopitar snapped his drought, and the rest of the non-scoring Kings did the same.

Don’t think this was just a scoreboard thing. L.A. vastly outplayed D.C. in all facets, owning the puck with a plus-20 Corsi. An awful end to an awful road trip by an awful road team. (Next four games are at home…)

That all sounds pretty familiar....what else?

The number one song was LMFAO's 'I'm Sexy and I know it', which is a song that is still horrifyingly played in hockey arenas everywhere. 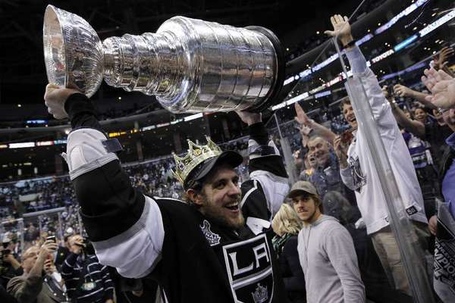