Share All sharing options for: Sharks and Kings: Series Review

The Kings and Sharks just played what had to be one of the closest seven game series in NHL history.

The similarity in their underlying numbers is uncanny. At 5v5, both teams scored 17 goals and posted a .903 save percentage. The Sharks only logged one more shot on goal and only two more unblocked shots.

It truly was a great (and draining) seven games. Let's take a quick look at the numbers behind it before we move onto previewing the next series against Anaheim. 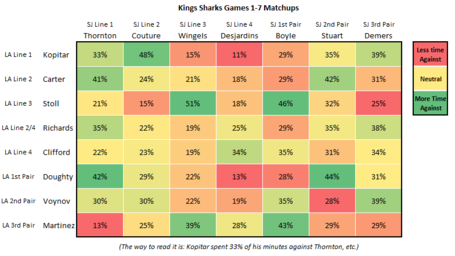 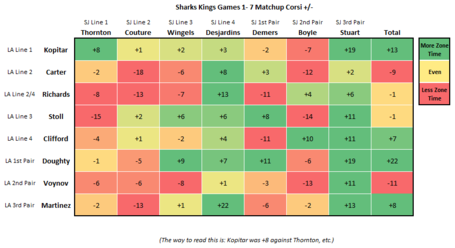