The Kings and Blackhawks have played 11 games over the last two seasons including the playoffs. In those 11 games, the Kings have only been able to win two. Despite that huge disparity in wins and losses, possession number suggest the two teams are closer than what the results have shown. In fact, they are the top two possession teams over the past two seasons and are separated by a very thin margin.

Let's take a quick look at the two teams deployment strategies in these past 11 games to see where Chicago may have gained an edge and what to look out for as the series progresses. 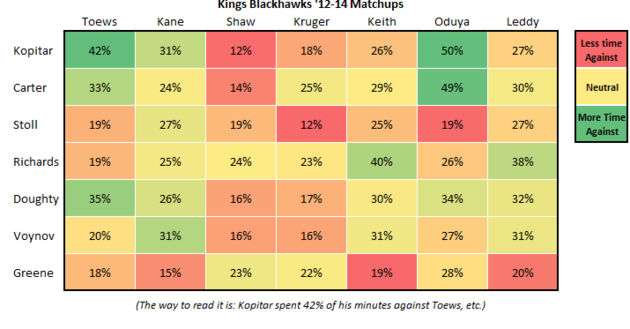