"We never say die. Someone described us as a bunch of cockroaches. We don’t go away." - Alec Martinez, OT/WCF Hero 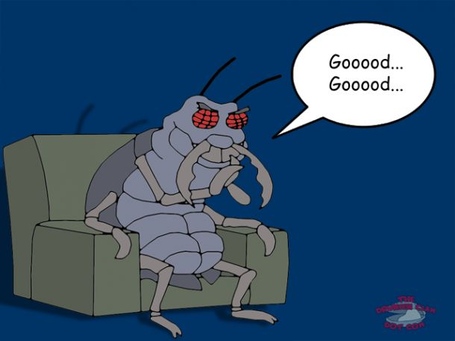 Alain Vigneault didn't really know what happened in the third period. His comments can be found here.

Darryl Sutter's presser is gold. If you missed it, click here for the link to the video or here for Rosen's transcribed quotes. This is one you should really watch, though. He smiles, like genuinely smiles and not in a totally mocking way.

Kyle Clifford, Tyler Toffoli and Willie Mitchell were among the other interviewees following the game. Rosen has conveniently put all three up on his website so go here to see them all.

What They're Saying - View From the Other Side

Some interesting media stories. This particular section is from the "away" perspective.

Kings Climb Out of Hole as Rangers Fall Into One Kind of a real basic game recap, no real analysis or anything; does mention that backup goalie Cam Talbot was hurt and that John Moore was serving the final game of his two-game suspension.

New York vs. Los Angeles: Rivalry Revived An interesting look at the two cities and the renewed "rivalry" that this hockey showdown has brought to the vastly different places.

In battle of destiny’s darlings, Kings prove more charmed A great story about Game 1 and mad kudos to the author for making it sound so exciting. Very well written.

Even three seven-game series can’t tire out Kings A fairly interesting story about how the Kings found energy to play this game.

Stanley Cup Final: NY Rangers lose Game 1 to Kings in overtime, Dan Girardi’s turnover leads to winner As evidenced by the title, Girardi is the media scapegoat for Rangers' loss. It's kind of your basic game recap story, though.

Stanley Cup Final: NY Rangers show speed they need vs. Kings but fade at Game 1 finish Streamers! I kid you not, they mention the streamers. The rest of the story delves into what happened, why and what the Rangers plan on doing better next game.

What They're Saying - Crown Around Town

Local edition! What are these crazy folks in our own backyard saying about the Kings?

Kings beat Rangers, 3-2, in overtime in Game 1 on Justin Williams' goal A nice story about Justin Williams and his overtime heroics with some comments about the quiet crowd and sluggish moments in the game. Anyway, a good read.

Kings have the will, find a way to beat Rangers in Game 1 Resiliency! It's the key media narrative for the Kings and Helene writes all about it in her column. But it's well written and she only uses it a couple times.

Drew Doughty goes from low to high in Kings' 3-2 win over Rangers A look at everyone's favorite defenseman and how he used his emotions to spur his team to victory (even though it was Williams who got the GWG, but that's not important).

Kyle Clifford plays a new role for Kings in opener — goal scorer I couldn't resist adding a story about Clifford who didn't really get a lot of love in any of the game stories so far. He was little more than a footnote in most of them.

Kings didn’t play their best, which spells trouble for the Rangers An interesting look at how the Kings weren't that great and still managed to beat the Rangers. Not sure if I agree with the conclusion, but a notion to consider nonetheless.

Los Angeles Kings come out on top in bloody, physical Game 1 Stanley Cup Final As always, Jill Painter does a great job and she found a unique perspective amongst all the others while still covering the same thing! I loved that she decided to talk about bloodied Matt Greene since no one else did.

Jon Rosen always put together quality posts and tries to write as if he's an independent journalist. Uh just skip the comments, though.

Postgame Notes Facts and figures -- who's on a hot streak, whose hot streak was snapped, etc.

Waking Up with the Kings His take on the previous night's game.

Elsewhere Around the League

Ideally, I'll use this spot for any interesting stories that catch my eye and I'll post them here.

Systems Analyst: How Drew Doughty found himself in position to tie Game 1 Justin Bourne does amazing work at breaking this stuff down

Lewis: Not an ideal showing, but Kings will take win Writing a Stanley Cup Final blog for NHL.com, Trevor Lewis wrote about the game from his perspective.

Dorsett: Rangers must put Game 1 in rearview mirror Also doing a Players Blog, New York's Derek Dorsett wrote about the need to move on and focus on Game 2.

Kings swarm, suffocate without the puck His game story was boring but this is a really fascinating article he wrote a few days ago about the Kings' MO and what makes them so successful. Lots of well deserved love for Anze Kopitar here.