When looking at Stoll's year in terms of Corsi, he clearly under performed his minutes to a certain degree. dCorsi expected better out of him than he ultimately produced, though the difference between his expected Corsi and actual Corsi per 60 minutes clearly was nowhere near as extreme as we saw with fellow bottom-six center Mike Richards. While it would be nice to see Stoll return to the positive dCorsi days of 2010-12, I think you can probably live with the kind of numbers he's posted over the last two seasons from a third line center.

An analysis of his WOWY (with or without you) numbers is a bit more negative for Stoll. Stoll spent more minutes with Dustin Brown at evens than any other player, and despite Dustin not having a great reputation for driving play on his own, Stoll clearly benefited from playing with him quite a bit. In 477 minutes together, the two posted a Corsi of 57.7%, but in 431 minutes away from Brown, Stoll had just a 53.4% Corsi. Brown, meanwhile, had an identical 57.7% Corsi in 530 minutes apart from Stoll, which is kind of amazing.

Any WOWY analysis of Stoll should come with the caveat, of course, that both Brown & King spent most of their time away from Stoll with possession monsters like Anze Kopitar and Jeff Carter. Stoll's WOWYs will likely always look negative as a result, just because of who you're comparing him to. That's why I'd rather focus on how Stoll did away from other forwards, and in this case he was clearly helped immensely by playing with Brown while slightly hurt by playing with King. Other forwards Stoll spent time with last season at evens include:

Clifford and Stoll's great numbers together surprised me more than anything else, though the tiny sample should give a bit of pause. Still, this seems like something that might be worth trying again next year, perhaps with Clifford and Stoll together on a fourth line. Clifford also did worse without Stoll than with him (53.2% Corsi in 584 minutes), so there might be some real chemistry there. Ignoring an even tinier sample in 2012-13, back in 2011-12 the two had a 55.9% Corsi in 118 minutes together, better than either posted away from each other once again (though 118 minutes isn't an enormous sample by any stretch, either).

Overall, Stoll's performance in the advanced stats can basically be described as "okay, but plenty of room to improve". If he was a drag on the team's performance, he clearly wasn't an enormous drag.

So what happened to Stoll's point production after the 2010-11 season? One is inclined at first to blame it on a loss of power play time following the addition of Mike Richards, and to some extent that's true. During the 2009-10 & 2010-11 seasons Stoll had 395 minutes of power play time, scoring 26 points (and his 3.94 points/60 rate on the power play was fourth on the team during that span, behind only Kopitar, Ryan Smyth, and Jack Johnson). In the following two seasons, Stoll only played 235 minutes on the power play (well behind Richards' 311 minutes), scoring just 13 points and having the third-worst points/60 rate on the team (his 3.31 ranked only ahead of Drew Doughty's 2.62 and Dustin Penner's 0.93). It is of course worth nothing that the 2012-13 season had less minutes overall to go around due to the lockout, but he still played far less minutes on the PP compared to Richards.

On the other hand, this explanation ignores the fact that Stoll's point production at even strength has dropped quite a bit as well. At even strength, Stoll had points per 60 of 1.546 and 1.460 in 2009-10 and 10-11, respectively. Just like all of his other production stats, that cratered in 2011-12 to 0.782 points per 60, before rebounding a little to 1.041 and 1.254 in the past two seasons. Clearly, Stoll's point production could be better. The median NHL 3rd liner scored about 1.50 points per 60 last season, and Stoll fell well below that base line. His on-ice shooting percentage, while not great at 7.27%, wasn't particularly worse than most of his teammates last season either, and certainly much better than Mike Richards'. The bottom line may simply be that Stoll will never produce points at even a median 3rd line level in the NHL again, in which case his contractual terms will have to be reevaluated when he hits UFA status at the end of the upcoming season. NHL contract values are still based primarily on point totals, and it will be tough to justify signing Stoll to another $3.25 million per year deal following what will likely be three straight years of sub-standard production. The original contract was signed coming off his crater year of 2011-12, but as we've covered already he had three straight years of much stronger point production before that. This time, he will have no such recent track record.

One of Stoll's Achilles heels has always been his tendency to take too many penalties. Although the 2012-13 season saw Stoll take 0.6 penalties per 60 minutes, his lowest total of his entire career (and coming off of years of 1.7 penalties/60 in 2011-12 and 0.9 penalties/60 in 10-11), that rate jumped back up to 1.1 penalties/60 this past season. That made Stoll the third-worst offender on a team that, as a group, took way too many penalties last season. Stoll also failed to offset it by drawing any calls on the other team, as his 0.3 penalties drawn/60 was nothing to write home about, either. The resulting -0.8 penalty differential/60 tied with Willie Mitchell for third-worst as well, behind only Matt Greene & Kyle Clifford. Simply put, Stoll needs to take less penalties next season.

In scoring chances, Stoll was not particularly good either. In a stat that measured how many chances a player was involved in (either chances by the player himself or set-ups- intentional passes that directly lead to a scoring chance) per 60 minutes, Stoll's 4.2 I/60 was not very good at all. He was 13th on the team, both overall and among forwards (and as should probably go without saying, forwards should be involved in far more scoring chances than defensemen), with the only forwards ranking lower than Stoll last year being Nolan (3.7 I/60), Linden Vey (3.2 I/60 in only 170 even strength minutes), Kyle Clifford (2.9), and Colin Fraser (also 2.9). Not good company there, to be sure. Even Trevor Lewis was involved in more scoring chances than Jarret Stoll last season (4.7 per 60 minutes).

When it comes to zone entries, Stoll was again not a big contributor. His 6.80 carry ins per 60 was a pretty horrid stat, ahead of only Dwight King among forwards. However, Stoll also had an extremely low failed entry percentage of just 16.26% (for comparison's sake, the only forwards with smaller failed entry percentages were Tyler Toffoli at an even 16%, Fraser at 13.95% and Vey at 12.12%). This would seemingly indicate that Stoll may not be trying to carry the puck in enough. This probably has a lot to do with his third line role, but he would contribute more to the team if he tried to carry the puck in with control more often.

The one area of the game Stoll does legitimately excel in is winning faceoffs. His 54.7% faceoff winning percentage was good for 14th in the entire NHL last year, which obviously made him the leader among Kings as well. As Andrew & I discussed at some length on this past Monday night's Jewelcast, the Kings tend to use Stoll in a very specialized way, especially late in games and on the penalty kill to make use of his obvious talent. Basically, they'll often have Stoll out there to take defensive zone faceoffs, and if Stoll wins the draw he will then go for a change as soon as the puck has been cleared. Whether or not this is an optimal way to use Stoll is up for some debate; while the player he's coming off for is likely often better than Stoll, you still have to take into account the amount of time it takes for Stoll's change. However, there is no debating that Stoll's ability to win faceoffs clearly helps the team. 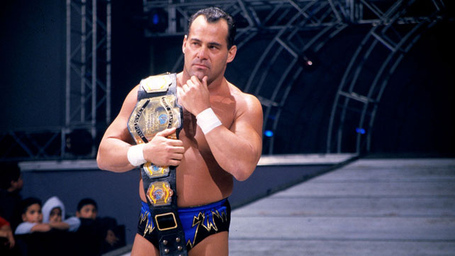 Malenko came to the WWF early in the year from WCW following a solid run as an undercard performer, winning the WCW Cruiserweight Title multiple times and even having a brief run as United States Champion in 1997. Malenko put on the occasional excellent match like with Scotty 2 Hotty for the WWF's version of the Cruiserweight strap, the Light Heavyweight Title, at Backlash. However, he struggled to find a regular role on television for much of the year and often found himself lost in the shuffle a bit, overshadowed by some of his "Radicalz" compatriots that made the jump to the WWF with him. But there was still nothing really wrong with Malenko's WWF tenure, at least in 2000; he put on technically proficient matches the vast majority of the time he actually made TV, and though he didn't exactly have jump-off-the-screen charisma, on the sum total of his work he was just fine. Just as it likely seems to be the case with Stoll, though, Malenko's best years were clearly behind him, and he would retire from professional wrestling the very next year, depriving us all of the awesome James Bond rip-off theme music/entrance video the WWF had debuted for Malenko just a few months prior (maybe the most underrated wrestling entrance theme ever; if Malenko had that from the start, by my very scientific calculations he would have been about 200 times more over).

Stoll will almost certainly find himself in a bottom six role with the Kings again this season, which as mentioned earlier is a contract year for him. Given the Kings' dicey situation with a ton of upcoming free agents following the 2014-15 season, this could very easily be Jarret's last year with the team. I would like to see him partnered up with Kyle Clifford and another forward, perhaps Lewis or someone else, in a 4th line role, giving Mike Richards the chance to play at 3rd line center instead. A Clifford-Stoll-Lewis 4th line has a chance to be an extremely solid 4th line, perhaps one of the best in the entire NHL.

So-called "gritty" players are often massively overrated by certain corners of the hockey world, and I believe it to be the case with Jarret Stoll as well. But unlike with many other players who supposedly bring "grit" and "heart" and etc etc, Stoll does at least have one statistical category where he is legiimately elite, and that's in the faceoff circle. While the actual value of winning a lot of faceoffs is debatable at best, it's definitely still a positive to some degree, and Stoll does it better than any other King and, in fact, better than the vast majority of the league. That's worth something. On the other hand, Stoll is not nearly the detriment to the team in possession that many so-called "gritty" players are; he is clearly not a particularly strong play driver, but neither is he an anchor by any means. But his point production leaves a lot to be desired, and unlike Richards and others he doesn't have an extremely low on-ice shooting percentage to point to as an explanation. Overall, I think the grade for Stoll becomes somewhat obvious: his 2013-14 season just screams C. He was helpful in some ways, not particularly helpful in others, but he clearly didn't hurt the team overall.